To ensure that the scores.json file is placed within a persistent location, we specify system.DocumentsDirectory as the second parameter of the command we just entered. This tells Solar2D to create the scores.json file within the app's internal "documents" directory. While there are other places we could put the file, we won't go into details on them here — just remember that the documents directory, referenced by the constant system.DocumentsDirectory, is the only place which provides truly persistent storage for files that are created from within the app. In other words, even if the player quits the app and doesn't open it again until a month later, the scores.json file will still exist.

Most of the above code should be straightforward, but we're introducing an important new concept in anchors. By default, Solar2D positions the center of any display object at the x and y coordinate given. However, sometimes you'll need to align a series of objects along their edges — here, the list of scores will look best if each rank number is and each score is . 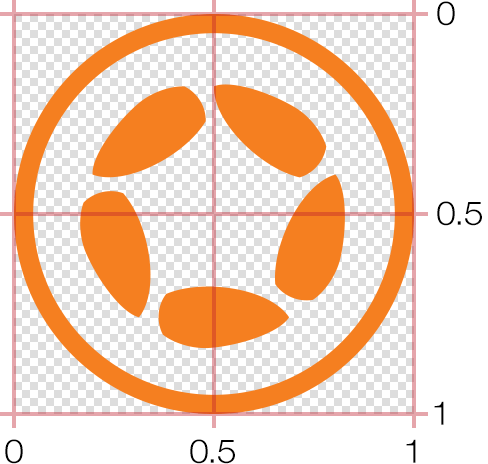 Naturally, Solar2D also supports vertical anchor points with the anchorY property. Similar to its horizontal counterpart, this property typically ranges between 0 (top) and 1 (bottom), with a default of 0.5 (center). Anchors can even be set outside of the 0 to 1 range, although this usage is less common. Setting either anchorX or anchorY to values less than 0 or greater than 1 will place the anchor point conceptually somewhere in space outside of the object's edge boundaries, which can be useful in some instances.