As a new — or relatively new — Lua/Corona programmer, are you confused by console errors like this?

If so, then you need to learn a very important programming concept known as scope. Scope impacts Lua's ability to "see" variables as well your ability to manage where functions exist in relation to other functions and variables.

When you think of terms like "telescope" or "microscope," you think of devices that help you see, and see things within a limit — for instance, very small things in a microscope. In programming terms, scope is used to define what parts of your code can "see" variables, objects, and functions that you have created. In Lua, there are two main scope controls: global and local. 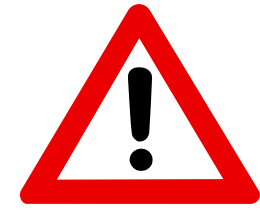 Global variables/functions can be seen anywhere in your program. "Great, I'll use global scope for everything!" you might say, but global objects can actually be quite bad! In fact, new programmers should avoid using global variables.

One reason why globals are dangerous is that — because they have no visibility limits — they can be expensive to use in regards to performance. In fact, if a global variable is accessed in a loop, it may perform as much as 30% worse than a local variable in the same loop.

The global scope is discussed in more detail in the Goodbye Globals! tutorial, along with a convenient method to create/access variables and functions.

In Lua, the preferred scope is local which you control by using the local declaration before you define a variable/function. For example:

When you prefix a variable or function with local when you first create it, it becomes available to that block of code and any "children" blocks contained within. This concept is highlighted by the following two examples:

Like the first example, sum is local to addTwoNumbers(). That lets us add two numbers, and it's also visible inside the block started by . However, inside of that block, another local variable (secondSum) is created, and that variable becomes local only to the block. So, the attempt to print secondSum outside of the block results in nil because secondSum doesn't exist at that point in execution.

Here, a local variable i is set to 999 on line 1. In addition, a loop index variable of i (line 3) is used, but this i is local only to the for loop. As the loop executes, its value represents the values and that is reflected by the command on line 4. When the loop ends, this i will forget its final value from the loop and return to its previous definition (usually nil). Following that, the local variable i which was declared before the for loop is printed to the console () with the value of 999. This is because for loops — just like functions — are blocks and they adhere to the same scope rules associated with blocks.

Hopefully, this tutorial has illustrated that scope, as an overall concept, is relatively straightforward. When you use the keyword local, the variable can only be accessed at that block level or within any child blocks. With that in mind, if your variables or functions need to be seen at a wider level, simply move them above/outside the block or define them near the top of the module.